Since January, it’s been getting a little harder to get more page likes on Facebook.

Facebook is currently rolling out an algorithm update which will have an impact on your business page insights. Mark Zuckerberg announced at the beginning of the year that a new algorithm will favour “meaningful interactions” between people, rather than posts from pages, brands and media.

This means you will have to work harder to ensure organic content from your page is seen by your audience. The key to a successful Facebook marketing strategy is to understand what the platform expects from businesses, in order for the pages to reap the benefits of ‘free’ marketing.

The simple answer – Facebook is a business and wants to make money from you. It is the very first thing every page owner needs to understand and keep in their mind while building up and maintaining an audience.

Zuckerberg said it in his own words during the televised hearing in April by the US Senate in the wake of the Cambridge Analytica data harvesting scandal. Senator Orrin Hatch asked “how to you sustain a business model in which users don’t pay for your service?”

Cue sniggers and sideward glances from the entire room. It was the most naïve question, but not quite the dumbest of the hearing. 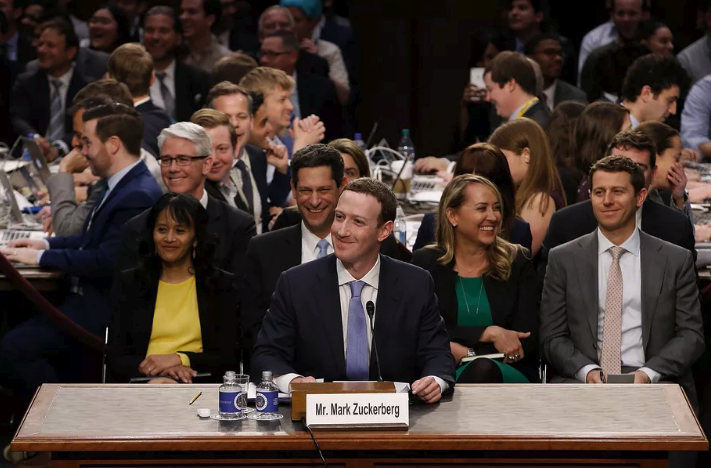 So there, he said it. Now question yourself – Why have you not yet put a consistent budget on Facebook advertising?

All this change does not mean that you need to focus on ads rather than organic content. Quite the contrary. Well-planned ads and focused organic content does complement each other and help build up a long-term relationship with your audience.

In the official statement in January, Zuckerberg wrote: “You’ll see less public content like posts from businesses, brands and media. And the public content you see will be held to the same standard – it should encourage meaningful interactions between people.”

The algorithm update is not designed to frustrate businesses. Although the announcement was met with some negative backlash from bigger brands and publishers, the statement released in January was the first time Facebook had ever admitted that businesses need to work harder to benefit.

View the update as a reality check. Successful marketing is never free and takes a lot more effort than posting for the sake of it.

But what are “meaningful interactions?”

This is the buzz word. Facebook has given a few clues as to what it means and how businesses need to start re-thinking their organic posts. In the announcement, it said the algorithm update will prioritize content from “friends, family and groups.”

We can decode “meaningful interactions” as those which take more effort. It’s the interactions that contribute to higher engagement and conversation between friends and family.

A simple “like” on a post is no longer considered meaningful, because it’s too easy for users to do and doesn’t prove the post’s worth to them.

However, comments, replies to comments, reactions, and sharing links or posts over messenger are all considered “meaningful” because they take more time and effort. More thought goes in to these actions therefore they must mean more to the user.

Zuckerberg wrote, “Pages making posts that people generally don’t react to or comment on could see the biggest decreases in distribution.”

So, your audience is more likely to see posts from your page if their friends and family are commenting on them.

Facebook held a webinar after the announcement in January which went in to more detail about the ranking signals that would help the algorithm choose when, where and who to show your post to. Other signals include:

So, what can I do to increase “meaningful interactions” with my posts?

Create quality content: Content that your audience actually wants to see is probably the best place to start. Avoid too many self-involved, pointless posts and too many sales posts.

Neither evoke emotion or are likely to spark conversation between friends. Spend time planning and creating posts that are going to be of valued interest to your audience. Use your website blog/news page as a place to build a library of interesting articles to share on Facebook.

And don’t mistake the word ‘blog’ with ‘diary’. Keep it useful and keep up with it.

Video and Facebook Live: This remains one of best ways to entice conversation over your brand. It catches the attention of users and most often than not, results in engagement.

Avoid engagement bait: Have you ever run a competition along the lines of “LIKE AND SHARE TO WIN!” If the answer is yes, you need to pay attention.

Facebook has said it is continuing to crack down on pages that engage in engagement bait. Your page will be demoted and you’ll find it very difficult to get any further engagement on future posts.

The reason? It induces a superficial flurry of engagement that is completely irrelevant to your brand. It’s classed as unfair Facebook use.

Build a Community: You have the ability to create a group and link it to your page. It ticks the “meaningful interactions” box and ties a community of customers to your brand.

Keep it local: Facebook has stated that it will prioritize local news. Try narrowing your demographics to your immediate local area and produce content that they can relate to on a local level.

Ask for followers: There is no shame in asking your customers to follow you. Just be prepared to keep them engaged with all this fantastic quality content!

There is also another little trick which has been around for quite a while. Ask your customers already following you to change their preferences to see your posts first. 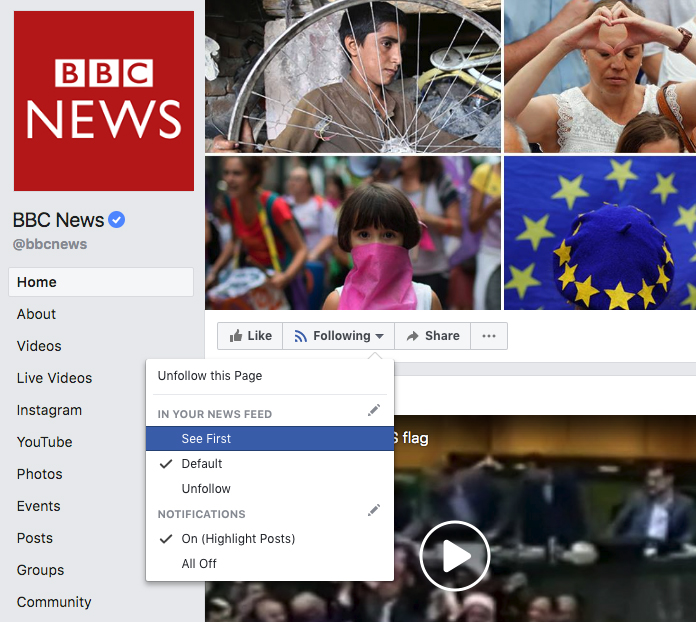 The Soapy Group offers a variety of solutions to help your business thrive on Facebook, from training and workshops to Facebook management packages. Contact us today to discuss.

About the Author: Sophie Metcalfe

Sophie has had a colourful career in broadcasting and marketing, having trained and worked as a journalist for many years before becoming Creative Director of The Soapy Group. Sophie now focuses on empowering women in business to find confidence in their abilities and learn to build a marketing strategy around their own goals and aspirations.

The Soapy Group is a trading name of The Little Man Ltd. Registered Company: 08093869
Copyright 2022 – The Soapy Group | All Rights Reserved | Legal and Data Protection