#Hashtag: The Do’s & Don’ts of using Hashtags on Social Media

#Hashtag: The Do’s & Don’ts of using Hashtags on Social Media

The humble hashtag, in recent years, has had a resurgence in popularity. This is all thanks to the ever-increasing use of social media. There was a time when the hash key was just a useless button on your keyboard/mobile. I don’t remember a time like this because I’m a millennial, but that’s beside the point.

Hashtags have different uses depending on the platform. On Instagram, you can use hashtags to get your photo or post noticed (they’ve also recently introduced the option to follow hashtags directly). On Twitter, hashtags are used to take part in specific topics or discussions e.g.
#blacklivesmatter or #loveisland. Just click on the hashtag and you’ll find many related tweets. Facebook were a little late to the game as far as hashtags are concerned, so they can be a little confusing on there. Brands will use hashtags on every single piece of content they put out into the universe (whether it needs it or not). It can all get a bit confusing, so let’s discuss the do’s and don’ts of hashtag use on social
media. 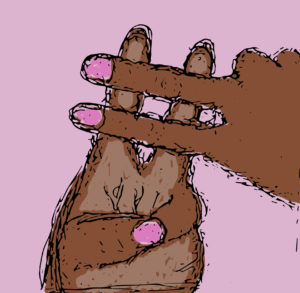 As well as working at The Soapy Group as a Creative Marketing Assistant, I’m also an avid illustrator and writer (I do my own illustrations for these blog posts). I post my own work on Instagram, primarily, and I’m trying to grow my following. To do this, I use hashtags that are relevant to what my content is about. If it’s an illustration of a particular person, I will hashtag their name on the post e.g. #arianagrande #ariana #grande #fanart. If I were to write a poem, I would use hashtags like #poetry #poem #poet. Using relevant hashtags has allowed me to successfully grow my following. It would do the same for your business.

Keep in mind you can’t use spaces or punctuation in hashtags. Also, please only use relevant hashtags on posts. Don’t use #art on a selfie. We don’t need to see your face when we are trying to see some Van Gogh.

Your brand can use relevant hashtags on social media to help your business reach a wider scope of people. Remember there are some drawbacks to using hashtags when you’re a brand, though.

#Drawbacks of the humble hashtag

Sometimes they’re just not needed, like, at all. On Facebook, they’re particularly polarising. The use of hashtags on social media began on Twitter, so they don’t get used very often on others (besides Instagram). They tend to look out of place on Facebook, so if you do use them,
use them sparingly.

Brands sometimes put their slogans in hashtag form. This works on social media, but in print, doesn’t look quite right. This is all my opinion, obviously, but I find it just doesn’t resonate with the public – so consider if the hashtag is actually needed. It’s all about the right 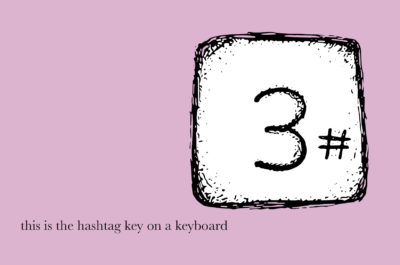 Please make sure the hashtag reads well; I can’t stress this one enough. There have been many famous instances where a hashtag has been read wrong. One of these being #susanalbumparty (I’ll let you figure that one out), the other being #nowthatchersdead. The latter being read incorrectly by Americans as“now that Cher’s dead”. So re-read and then re-reread before posting.

The users on social media can also hijack sponsored hashtags by brands with negative stories. So, again, make sure everything is perfect with your hashtag before using it (we always do). Another point to make is that sometimes hashtags can already be in use for something your brand doesn’t want to be associated with, so do your research beforehand. Find out more of what we do for social media here.

I’m not saying all of this to stop you from using them, by the way, I’m just a humble creative marketing assistant making sure something like
#susanalbumparty doesn’t happen to you or your business. 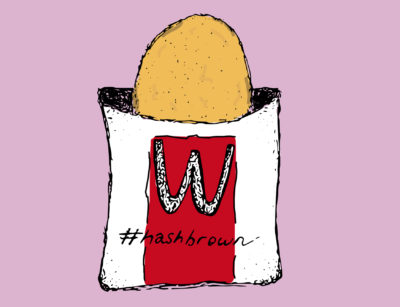 Do use relevant hashtags on Twitter & Instagram to get more engagement. Do use the same hashtags on all posts to gain ‘ownership’ of said hashtag.

Don’t use any spaces or punctuation within the hashtag. Don’t use a hashtag that has a weird meaning/use or could be read incredibly wrong. Don’t use them on print marketing (this one is just my personal opinion).

About the Author: Bradley Metcalfe

Bradley graduated from Sheffield Hallam University with a degree in IT and Digital Media. He joined Soapy in 2018 on work experience and was offered a full time position after only a few weeks. Bradley jumps in to anything that allows him to be creative in interesting ways, from CAD design, robot wars with his own robot Harold to guitar playing.

The Soapy Group is a trading name of The Little Man Ltd. Registered Company: 08093869
Copyright 2022 – The Soapy Group | All Rights Reserved | Legal and Data Protection